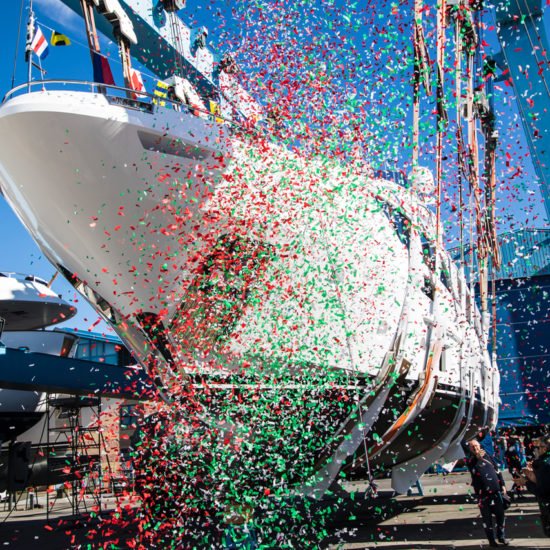 Benetti has presented the 70m Custom Built FB273 in Livorno, the latest in a series of launches including the first Diamond 145 in Viareggio. Mar 04, 2020 | By Yacht Style

Benetti has launched the 70m custom built FB273 at its Livorno shipyard in the latest of a series of deliveries in 2020. The 230ft megayacht has a steel hull and aluminium superstructure, with an exterior by Benetti and interior design by Laura Pomponi. Benetti presentation of the 230ft FB273 in Livorno

The six-deck yacht features an aft swimming pool with a special system – installed on a Benetti for the first time – that varies the depth, for use by both adults and kids. When fully raised, the bottom of the pool becomes an integral part of the main deck and the beach club opens out, with two side terraces over the water.

Other features include a balcony on the starboard side of the dining room on the main deck, while the lower deck features six guest cabins midships. The yacht has 11 crew cabins.

The upper deck is dedicated to the owner. The 120sqm master suite is aft and has 180-degree views, a bathroom with shower and sauna, walk-in his and hers wardrobe, vanity table and breakfast corner. Forward are outdoor and indoor lounges, an office, a gym with massage room, home theatre and touch-and-go helicopter landing area near the bow. 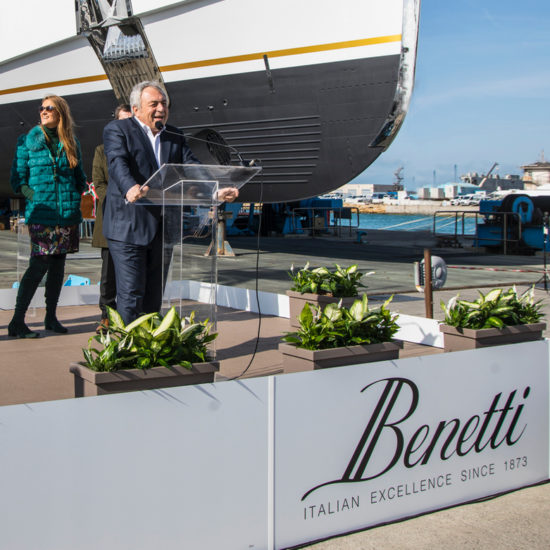 The sun deck features a big open-air dining area connected to an interior veranda through a sliding door, while forward is the Captain’s cabin. The uppermost sky deck is completely open and has a jacuzzi, sunpads and loungers.

Benetti started the year with several launches including the first hull of its new Diamond 145 series, Ink, during a special occasion in front of hundreds of spectators at its Viareggio shipyard. 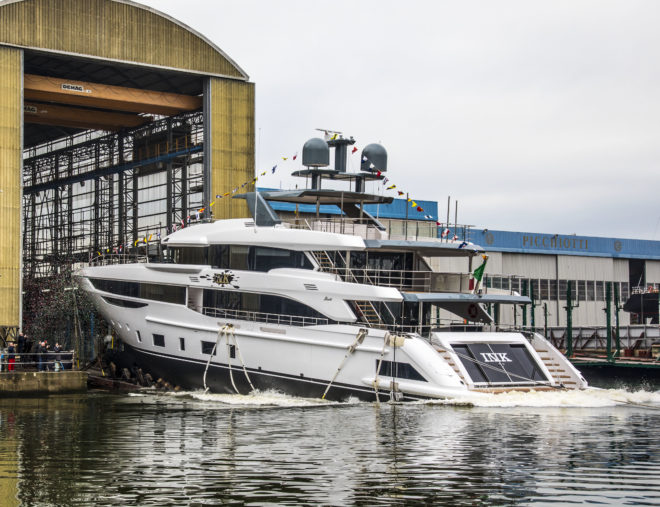 Designed by Giorgio M. Cassetta and Benetti’s Interior Style Department, the 44m fibreglass yacht entered the water down the slipway in front of members of the public, suppliers and company workers and office staff.

“Slipway launches are part of the history of Benetti shipyards,” said Paolo Vitelli, President of Azimut-Benetti Group. “We have a great tradition and hundreds of yacht launches to our name, but the revolutionary features of the Class category today promise to bring Benetti new success.”

Benetti announced two sales of the Diamond 145, which it states is the only fiberglass yacht of its size available today. Features include an attractive stern where sliding glass doors open out onto a spacious beach area.